Fabricators never had it so good.

You don't have to travel and visit structural steel fabricators throughout North America very long before you find out that most are first or possibly second generation firms.Â  This is no surprise as typically the start of these firms are centered on a strong aggressive personality with a "can do" attitude that becomes the heart and soul of the business.Â  Firms with this type of origin face a difficult challenge to remove that personality years later and still maintain the same focus on the business.Â  This is the same reason that many firms of this type find it difficult to be acquired, as the removal of this strong founding personality frequently leaves a void in the firm.Â  Because of this dynamic, firms of this type typically go away and are replaced by new firms with a founder that encompasses the same type of strong personality that is needed in this industry to be successful.Â

For this reason it is extremely difficult to find a firm in this industry that has the long lineage that is the case with Zalk Josephs Fabricators, LLC.Â  This firm was actually started by two strong personalities â€” Mr. Zalk and Mr. Joseph â€” in 1886 in Duluth, Minnesota.Â  As many firms in the 19th and first half of the 20th century, they started in the scrap business.Â  As the scrap business grew and the trucks were returning from the mills empty, the next step was to have the trucks return from the mill with steel that they could sell as part of the steel warehousing arm of the business.Â  Once they were able to get steel to their yard at a lower cost than firms that were just fabricating, the third leg of the business triangle was complete as they entered into the fabrication business.Â  This continued until the founding families got out of the business in the 60's as they sold the business to Eastern Stainless.Â  In 1976 Zalk Josephs opened the new and currently existing structural fabricating facility in Stoughton, Wisconsin and shortly thereafter they closed the Duluth facility.

In 1986 Zalk Josephs was fortunate to be acquired by Heico whose specialty has always been purchasing distressed companies, turning them around to protect the jobs and investing in the firms to enhance their profitability and then holding on to them as part of a long term strategy.

Chris Simonson, President of Zalk Josephs Fabricators, LLC, describes the firm as a structural fabricator that specializes in the commercial market in the upper Midwest which obviously includes the Chicagoland area.Â  As the firm is more customer specific than job specific, they process contracts that range from 100 to 10,000 tons.

As the focus of Heico has been to continually make investments that show a positive return, Zalk Josephs, LLC started making their first capital investment in CNC technology in 1996 with the acquisition of a CNC angle line.Â  Recognizing the labor saving and strong payback of CNC technology, they later purchased stand-alone CNC systems for sawing, drilling and plate processing.

Chris Simonson explains that the addition of this CNC technology was a great leap forward in reducing labor cost for the firm, but it also pointed out how much additional labor saving could be realized if they were to rethink their approach to fabrication with a more integrated and automated approach.Â  Chris states, "Ficep was able to assist in this process by going through numerous plant layouts where the Ficep software was used to simulate past jobs showing real time productivity and exposing material handling bottlenecks. 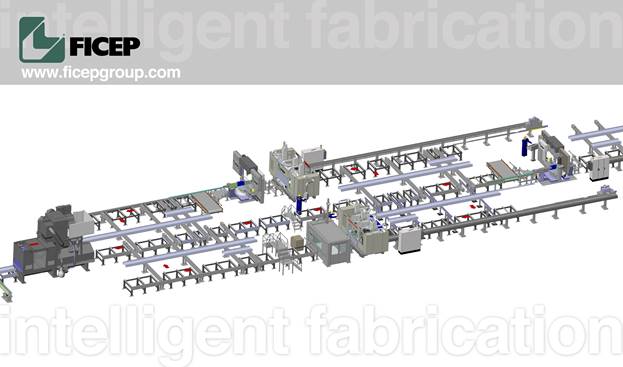 As we were going from stand-alone machines to combined drill/saw and drilling/coping, we needed to be convinced that we could achieve the throughput required to feed our fit up area."

When asked why he selected Ficep, Chris states, "Ficep was the only partner that had the proven technology of systems and material handling automation with comprehensive integrated software experience that we needed to make this bold step.Â 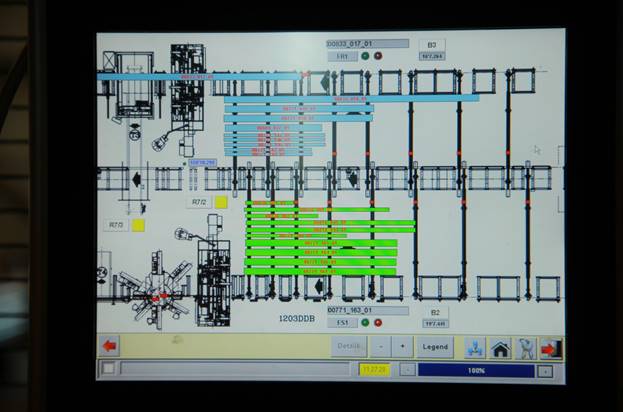 Their automation even extends to the Ficep shot blast system were multiple sections are automatically spaced on the in feed to maximize the blasting efficiency.Â 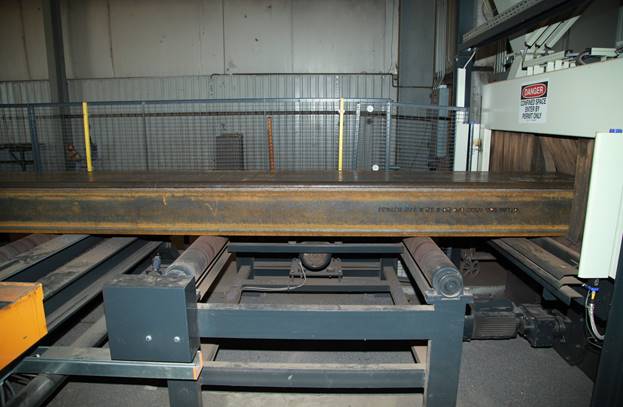 At the coping robot for example, we knew we needed speed for thermal cutting and the flexibility of the Ficep robot with both oxy/fuel and plasma plus an automated laser scanning routine which eliminates the need to mechanically probe all surfaces was essential to give us the needed throughput.Â 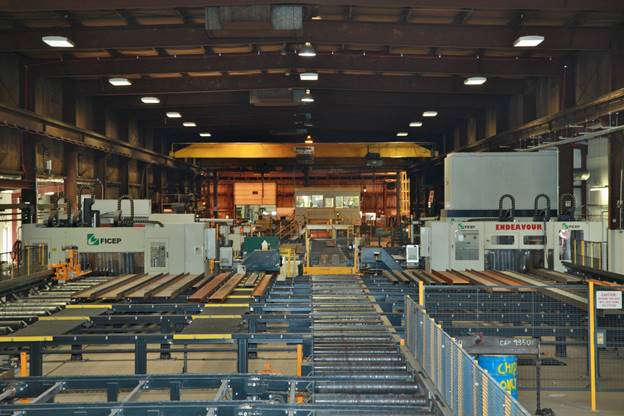 "At the drilling level we were convinced that we would not purchase CNC drilling without having fully independent spindle sub axis as this was needed to give us the needed speed for drilling and scribing to reduce our labor cost by an additional 30%."Â  Chris went on to say that the most pleasant surprise with the system has been the scribing productivity of the drills with their independent axis so all four sides are scribed simultaneously. 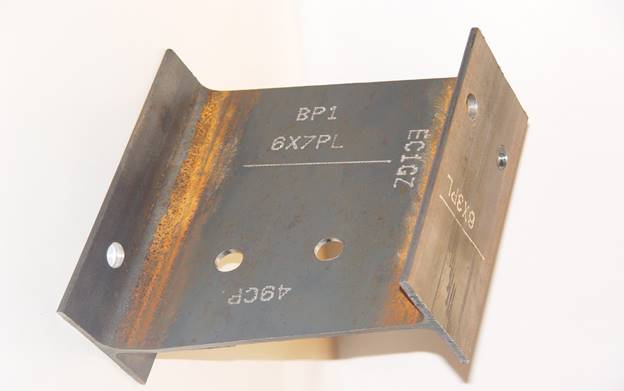 "When we finalized the layout, we made a provision for a stand-alone CNC scribing system in case we needed additional capacity.Â  In the end the Ficep simulation was correct as the scribing in the drills with their sub axis gave us more than enough capacity."

In discussion with both Chris and David Sailing, Vice President of Operations, they both summed up the investment in Intelligent Steel Fabrication as it represents a huge step from just CNC fabrication to a higher level of productivity through software integration and enhanced automation.Â 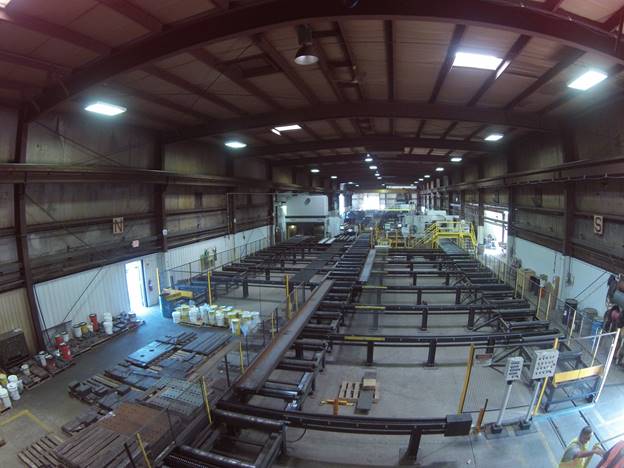 "We now load raw material on one end and take off finished sections for fitting at the other end of the system.Â  This is after it has been shot blasted, cut, scribed for subsequent fitting, drilled, and coped.Â  This is accomplished without any operator input to manage the material handling system and determine the correct material path for optimum efficiency.Â  It just doesn't get much better than this!"