Nick Tepavchevich and his wife Gloria were not just partners in life but in 1949 they decided to take a big step and become partners in business. Nick saw the opportunity to start his own business in 1949 making handrails for homes. World War II was over, families were exploding with the returning GI's so it was a great time to address the expanding housing markets need for handrails. When they started Nick did all the fabrication and Gloria took care of the painting. 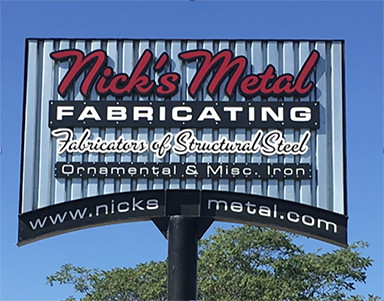 In the 70's Nick's two boys, Tom and Nick Jr., joined the business as the start of the second generation and ran the business together through the 80's. As both Tom and Nick Jr. wanted to grow the sales from ornamental iron into stairs and rails which ultimately consisted largely of fire escapes for multi family structures. They also wanted to start to engage in some light structural steel fabrication.

In 2001 Tom Tepavchevich's son Tom Jr. entered the firm learning the business from the ground up. Tom Jr. learned early on that the required skill level that they needed in their shop was becoming increasingly difficult to find and hire. This challenge became more difficult as they continued to specialize in more complicated works such as spiral staircases.

Understanding that skilled layout was becoming more difficult to find Tom Jr. decided that they needed to invest in a level of automation that could eliminate his dependence on manual layout and improve their hole making productivity. 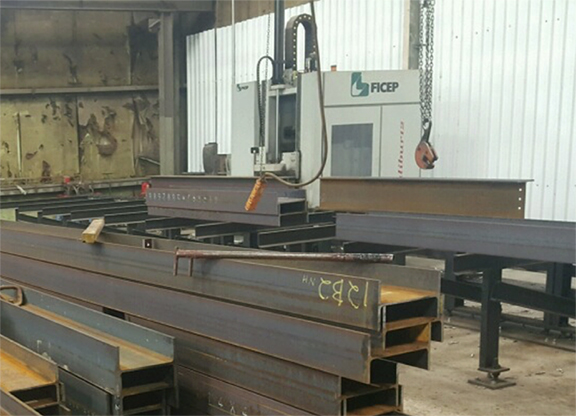 At this point they had no CNC equipment, as they were manually laying out and using magnetic base drills for fabrication. Tom quickly understood that a CNC drill line needed to be part of their near term future. In view of their limited shop space they decided that the only viable solution would be a single spindle traveling column CNC drill line, as it required half the space of a traditional drill line.

After extensively researching the market Tom decided to purchase the FICEP Excalibur 12 CNC drill line. His principal decision making factors in his decision to go with FICEP was based upon the following points:

Since this was their first CNC equipment Tom had no current employees that had any experience with this technology. The employee that Tom selected for this task found its operation easy to understand as he adapted to the technology quickly.

Tom states the greatest advantages of the FICEP Excalibur to be in the area of accuracy and its ability to eliminate manual layout, as the hardest position to fill in today's shop is someone for layout. 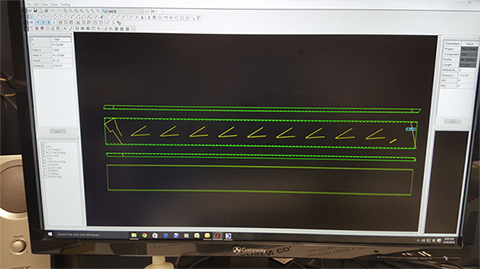 Currently they are importing CNC programs directly into the Excalibur 12 from the CAD files furnished by their outside detailers. In addition to the hole location data they are bringing in all the labor saving scribing information, eliminating manual programming and even performing automatic layout on stair stringers for example, which forms a major part of their business. 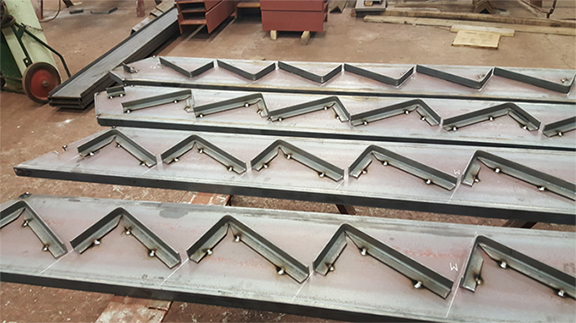 Since the installation of the FICEP Excalibur they have been able to eliminate manual layout on stair stringers as the drill line accurately scribes the layout locations. The human element is eliminated as the required detail can easily be located and welded to the stair stringer. 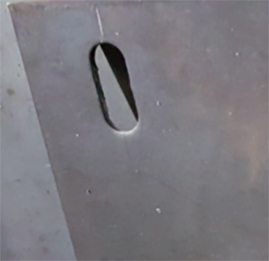 In addition to automating layout and typical bolt holes they have found the milling capability of the Excalibur to be a real game changer.

Typically they are using their FICEP Excalibur 12 to also generate slots in structural steel members as required.

The milling capability of the FICEP Excalibur 12 also adds significantly to its versatility for the generation of mechanical openings for example.

Tom states even though our principal business is in the area of miscellaneous structural steel we have been able to land an 8-story building with the productivity of the FICEP Excalibur 12.

"Bottom line the FICEP Excalibur has enabled us to do the same volume of a few years ago with less that half the shop labor. This is the type of cost reduction that we needed to continue to grow our business, offer our clients great pricing, performance and expand our market outside of Chicago land".

If you are interested in knowing more about Nick's Metal Fabricating check out their web site at nicksmetal.com or contact Tom directly by Sending an email!