and Continues to Grow! 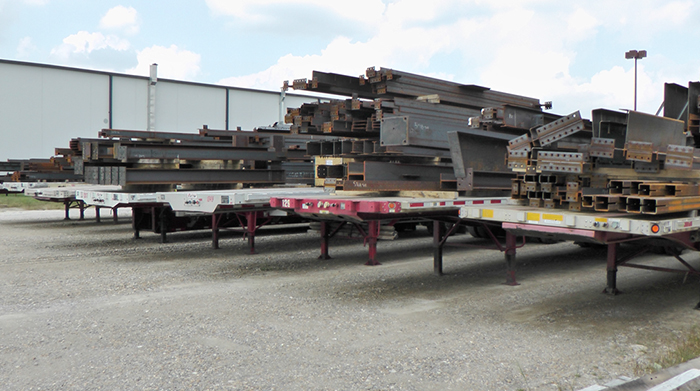 In 2010 Ken decided to retire from the business only to find that retirement was not really the next chapter in his career. During those days in retirement Ken often thought about what he had learned over the years and decided that he wanted to give it one more shot to implement his years of experience in setting up what he was to consider as the most cost efficient fabrication facility possible.

The mission started with finding the right facility as in the past the physical plants that Ken utilized always had some layout limitations that he wanted to avoid this time by starting out with a blank page in the design of the new plant. In relatively short order, he was able to find an existing facility in Fenton, Missouri that could be modified to meet the ideal configuration.

No soon after the business started, developers were knocking on their door to give them work, as Ken has historically been known as the low cost yet quality producer in the St Louis area. Understanding that low cost gets you the job but the repeat orders only arrive if you prove your ability to perform from a delivery and quality standpoint, they were conservative with their delivery commitments. In line with this gradual start up, they slowly added staff to meet a high standard of skilled employees.

Having fabricated structural steel in the St. Louis area for the past 45 years, Ken also knew what new innovative processes and procedures to implement in the company. During this planning process for this new company Ken had the opportunity to see the latest new fabrication technology that Ficep had to offer at the NASCC show in St. Louis in 2013.

Ken was extremely familiar with Ficep equipment as he had used it previously in other facilities, but during this show Ficep was exhibiting their latest drill line development which had movable spindles to permit not just drilling and scribing but also milling. The ability to move the spindles in the length axis independently gave the drill line machining center flexibility, but it was more productive as the three spindles can operate independently.

It was during this trade show that both Ken and Ficep started to put their heads together to explore how this new technology could be developed further to give a fabricator an all-in-one manufacturing cell. The added ability to perform high-speed milling and scribing in multiple surfaces simultaneously could revolutionize the industry by reducing cost to the lowest level possible while maintaining a small plant footprint. 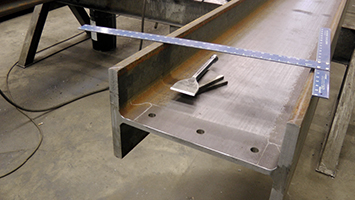 Traditionally, the generation of special cut outs, generally referred to as copes, rat holes and weld prep that are located on the ends of structural steel sections was accomplished with manual layout and hand burning or in some cases systems for the automatic burning which required even more shop space and another operator.

In both these cases, extensive manual grinding was required to remove slag from the cutting process and to also provide additional metal removal, as a cutting torch could not cut flush to another surface. 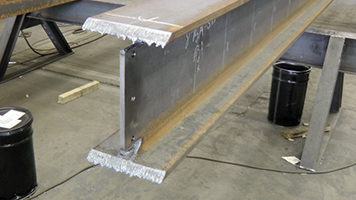 Additionally, it requires no secondary operations as when it leaves the drill line system, it is ready for fit up and welding. Wilson's Structural Steel reports, when you consider floor-to-floor time, that they now eliminate up to 80% of the time required in the generation of these cut outs. 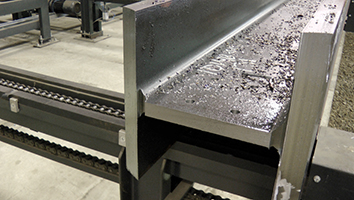 Even simple block copes can be generated quickly with high speed milling that also eliminates clean up after burning.

Today Ficep's software is able to process from the 3D building model all the intersecting coordinate locations for subsequent fitting of detail items such as plates and angles. 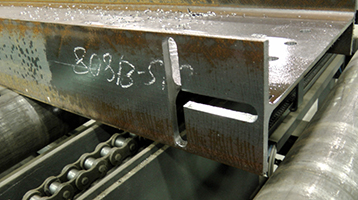 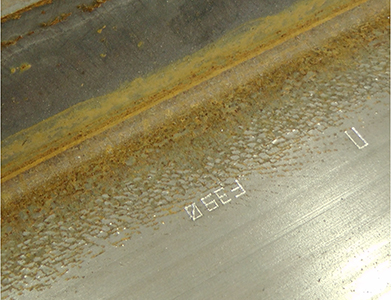 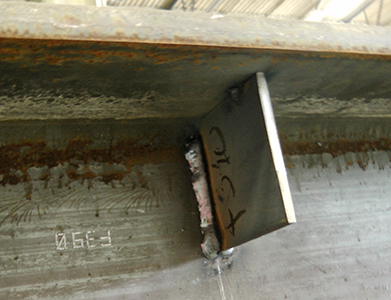