Prior to 1995 all drilling lines for structural steel fabrication on the market employed a hydraulic spindle feeding mechanism, which had some favorable adaptability when generating holes in structural steel.Â  Structural steel, being subject to a wide range of mill tolerance deviations, would frequently have material surface locations that were not always predictable.Â  Hydraulic spindles could be advanced at a relative fast rate to find the material surface then proceed with a high pressure to drill and then sense the completion of the hole once the resistance was reduced.

Unfortunately, the hydraulic feed's rapid advancing of the drill substantially reduces the tool life that results from the rapid impact of the tool to the material.Â  During the end of the hole making process the tip of the drill is the first part to emerge from the backside of the hole.Â  As this portion of the drill requires over 85% of the power to generate the hole, once the tip starts to protrude through the hole, the feed rate rapidly advances like the release of a spring as the hydraulic pressure that is pushing the spindle drops.Â  This rapid acceleration of the tool at the end of the drilling cycle deteriorates the tool life along the edges of the cutting surface as they extend from the tip of the drilling tool. 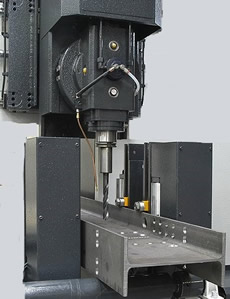 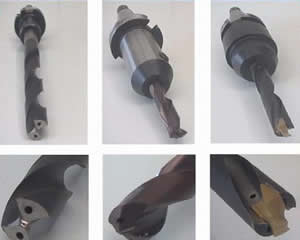 As carbide insert tools were developed for the drilling of structural steel, FICEP was already on the market with mechanical spindle feeds across its product line.Â
This is a requirement to utilize high performance tools like carbide as this tooling technology demands a uniform spindle feed to achieve optimum tool life and feed rates that are generally 10 times greater than outdated high speed steel twist drills.

Once again, this illustrates how FICEP continues to drive innovation to assist our business partners to expand their productivity!