In the 90's there was a German firm by the name of Helpenstein Mueller that stepped outside of the box when it came to traditional drill line designs.Â  Mr. Helpenstein had a strong engineering and machining background and was extremely familiar with innovative high speed tooling technology and its potential utilization.Â

In the early 90's some of the most significant drill line manufacturers in the world were located in Germany.Â  Thus, Mr. Helpenstein had the opportunity to view the typical, yet outdated, technology that was being employed by the German firms to drill structural steel.Â  These German drill line manufacturers employed hydraulic spindle designs that used twist drills for drilling at the feed rate of 2" to 4" (50 mm â€“ 100 mm) per minute.

Conversely, Helpenstein Mueller, in their machining operations, was drilling up to 20 times faster in machining operations.Â  Mr. Helpenstein, being an innovative engineer, realized the opportunity that he had to design and manufacture a high performance drilling line for structural steel using the same types of tooling, tool holders, spindle feed characteristics and clamping that was common place in the machining world.

Shortly after the introduction of this technology to the market, FICEP joined forces with Mr. Helpenstein to form FICEP HMB to present this innovative technology not just to the German but also the world market.Â  This quantitative leap in technology for the drilling of structural steel eliminated the German firms through bankruptcy that were producing drill lines with outdated technology by the mid 90's. 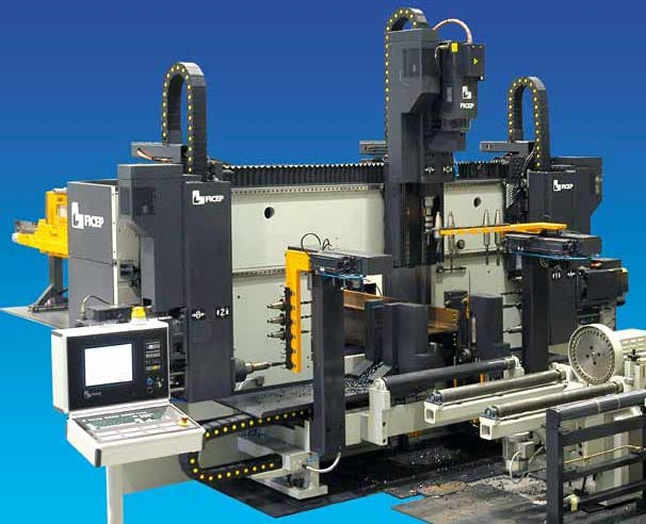 FICEP quickly implemented these same innovative design points across their entire product line where drilling was part of the process. Most in the industry were slow to follow FICEP's engineering lead as some drill line products on the market today still use the same technology that FICEP was using prior to 1995.